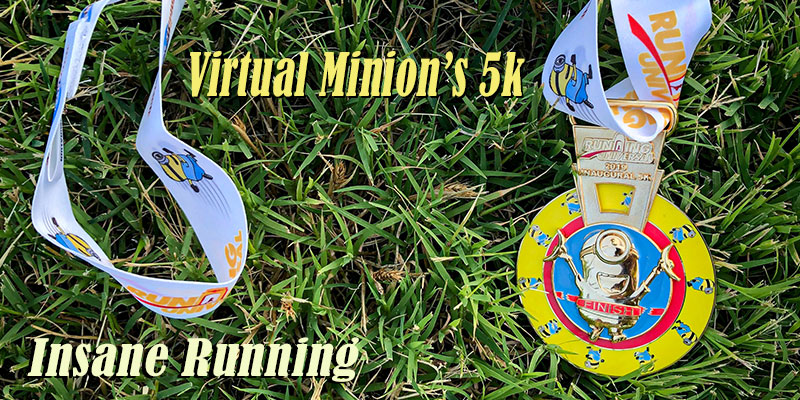 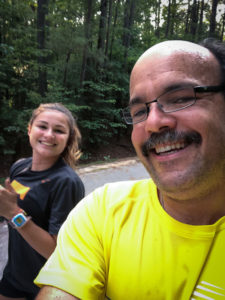 Earlier this month I got my daughter to run 3.1 miles (5k) with me. But there was more to the run than just getting her out of the door for a run. She loves Minions since she first watched the Despicable Me and even more after the Minions movies. Earlier I saw a post from Universal about a 5k event at the Orlando Park, a Minion Theme 5k. I showed the post to my daughter and without thinking much she said let’s run it. As I looked closer to the dates it was going to be really difficult if not impossible for us to travel, run and be back in time for her to finish her senior year in high school.

She said bummer as quickly she realizes that it was not going to happen. But as she was exiting the room I notice that there was a virtual Minion 5k offered, without letting her know anything I signed us up to run the virtual event.

After about a month later, I received the box with the swag and the medals. I then invited her to go for a run with me. At first, she was no, I do not like to run. It is so hot outside. I said it is up to you, but we could just go out for a short one. She was like maybe or maybe a mile. You see she is a competitive swimmer and does not really enjoy runs, especially long runs. After a few minutes she agreed for 2 miles run and I said nope, it has to be 3 miles if not we were not going out. She gave me that disapproval look and reluctantly she agreed to a 3-mile run. I asked my wife to go with us and wait at the finish line to hand her the 5k Minion medal as soon as she crosses the starting line. 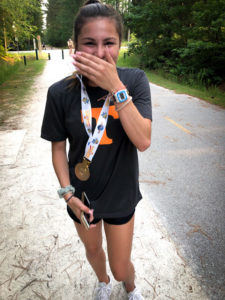 We set out to run at the American Tobacco Road Trail which is very gentle and flat. We set out at a comfortable pace. My daughter was keeping a good solid pace and I got my phone out and played some music for both of us to keep the beat. At the turnaround, we stopped to drink some water and quickly headed back. We increased the pace and the last half mile I can see she was putting a good effort to run a fast mile to finish strong. As we were getting close my wife was ready there to handle the medals out. As soon as we crossed at first my daughter was a little winded and not knowing what was going on until she realized it was a Minion 5k Medal.

We were so happy to see her so happy!!

Course: Ample paved trail that is mostly flat with a rolling hill.

Race: Water at the midpoint