This is the fifth time I have run this event, I know the route, I now know a lot more people, know what to expect and I know a little bit more about running than 4 years ago. Similar to the last three years, this one land the week before the Marathon. So I always say that I will take it easy and run it at a just to finish pace. Well the last weekend at the Half in Winston-Salem things did not go that well and my foot hurt a little at the end of the event and an easy run on Monday morning with my brother in law, started to give me some more foot problems or pain specially at the end. Was it a phantom pain? Should I stop running until Thursday’s event? I am still walking with no problem, but when I am just sitting and relaxing then it starts to hurt a bit. I went running on Tuesday and I felt it during the run. It lasted until Wednesday, when I did another easy short run in which there was some pain but at the end it was ok. After that no pain, so perhaps was just me concentrating too much around how my legs feels during the day. That is good, because I was planning to hit for a PR improvement, since this event has been by yearly 5k PR for the last 3 years.

Since this event was at 11:00AM, much later than the usual races, I had to do some tweaking around the pre-race preparation. In the morning I did the usual breakfast, serving of hot cereal, latte and a banana about an hour later with the proper bolus (insulin) adjustment. With about 1 1/2 hours to go for the event, I ate a Cliff Carrot Cake bar with 46g carbs. Sugars were tad high when I checked, just above my running range but steady at this time. I did adjustment for the sugars and the carbs and head out to change and get ready. Got to the event area with plenty time to relax, talk to friends and do a warm up run. 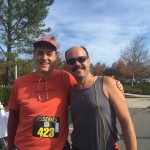 I met with Luis, my brother in law, at the start line. This was his first running event. We have done the JDRF walk with the families couple years ago, but this was a first race event. I was wondering what was going over his mind. Was he as nervous as I was when I did this event 4 years ago, my first event? He looked relax and calm. We did a morning run earlier in the week for couple specific reasons, one so he could see the route at least once before the race. I remember that for me at that time, it was very important to know where I was going to run so I did not get lost during the event. Second for him to realize that all the training he has done at the gym had paid off by running the entire route. So he should be no worries about if he was going to be able to finish.

Also at the start were other good friends from work. JJ (Mister Tri) was there getting 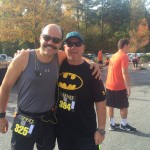 ready to destroy this event and improve his 5k PR. Other runners were exited as well. Most of them ran last year so they were looking forward for an improve performance. I step out from the event area to warm up with a quick short run and some dynamic stretches. One mile of easy warm up, with some butt kicks and high knees to lose the muscles and get ready for the event.

The temperature was around 70º which it was just a touch warmer than previous years and the humidity was around 78%, making it feel a little bit warmer and muggy, but it was ok for a 5k. I returned to the start area grabbed some water, moved closer to the start line, closed my eyes for a while, took a deep breath, the countdown and off we went. This is a very narrow course, even with the couple hundreds runners, it gets really crowed with the narrow paved path. At first there were lots of fast quick bursts followed by slow downs while the crowds started to thin out. After the 1st quarter mile it was a much better running situation. I started a little bit on the fast side of the pace but was feeling comfortable. 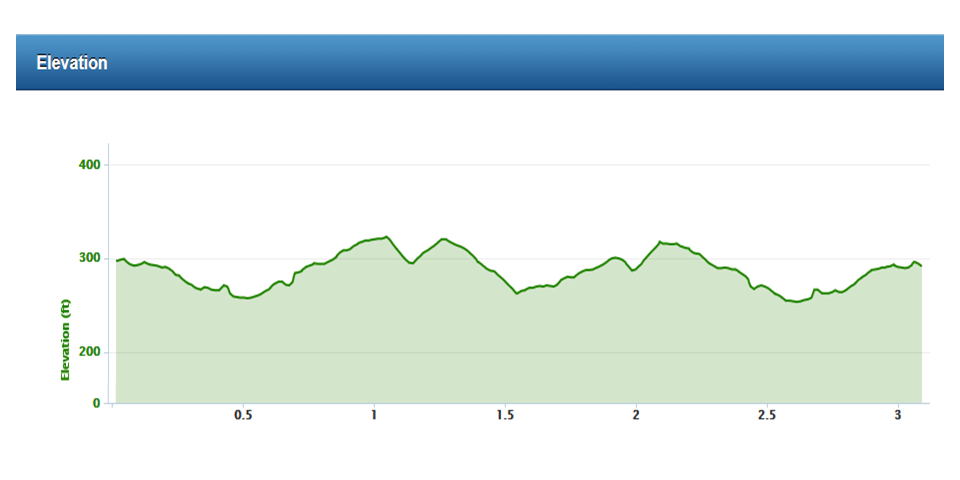 At mile one I grabbed some water at the water station and pressed on a bit. Long down hill and long up hill were coming up. Not too steep, but I need to be smart about it. I checked my breathing and form during both segments a couple times, making sure that I was not going to run out of air and energy. By mile two I grabbed water again, quick sip, check my watch and I was well under control and ahead to be able to PR. That put me at ease, I could slow down a bit, but did not. I kept trying to maintain the steady pace that was set. Going down Randall’s stretch was a breeze, then a very short steep hill, followed by a longer rolling hill. At the crest of the long hill with only .1 of a mile to go, I pressed on to finish well under my previous PR time. Extremely happy with today’s performance, much much different from Sunday’s event. Of course this is a 5k, a different type of event, but it felt good.

After a one mile warm down, I hanged around to talk to a few friends and runners that were at the finish area. Luis did fantastic, finishing his 1st 5k with a smile and able to captured a few stories/anecd 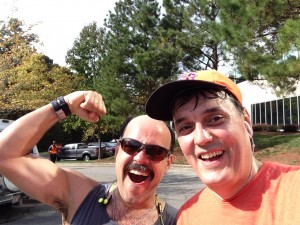 otes to tell about his experience during the race. I am very happy that he had fun running the event. Hopefully we can run another event in the near future, another 5k, perhaps training for a 10k. I believe he can easily cover the distance. My other friends did well some of them achieving PRs, their goals and some of them just happy to be at the event.

Venue: Start/finish line with a few vendors and games for the family and kids

Expo: No Expo but goodies at bib pick up. (nut bars, pins and a heating/cold pouch

T1D: Sugars with in top of running range at start. Remained steady and trended upward by the end of the event. 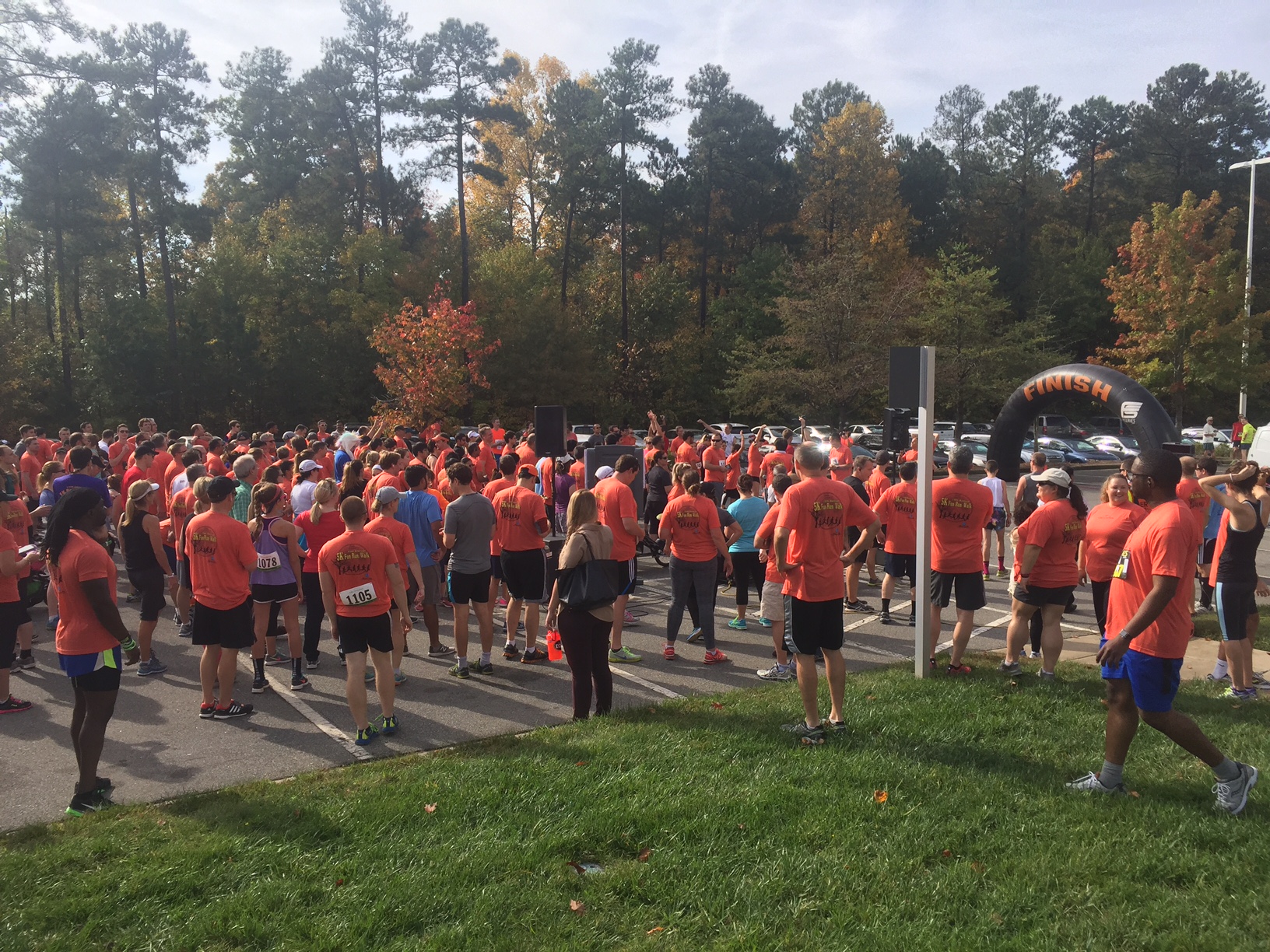 Venue: Start/finish line with a few vendors and games for the family and kids

Expo: No Expo but goodies at bib pick up. (nut bars, pins and a heating/cold pouch

T1D: Sugars with in top of running range at start. Remained steady and trended upward by the end of the event.